What Are Other Alternatives To Failed Toot Canal Treatment

Despite advances in the endodontic treatments, the goal of the treatment is not always achieved and the tooth might get reinfected causing root canal treatment to fail. The primary reason for this failure is the persistence of bacteria in the root canal system. 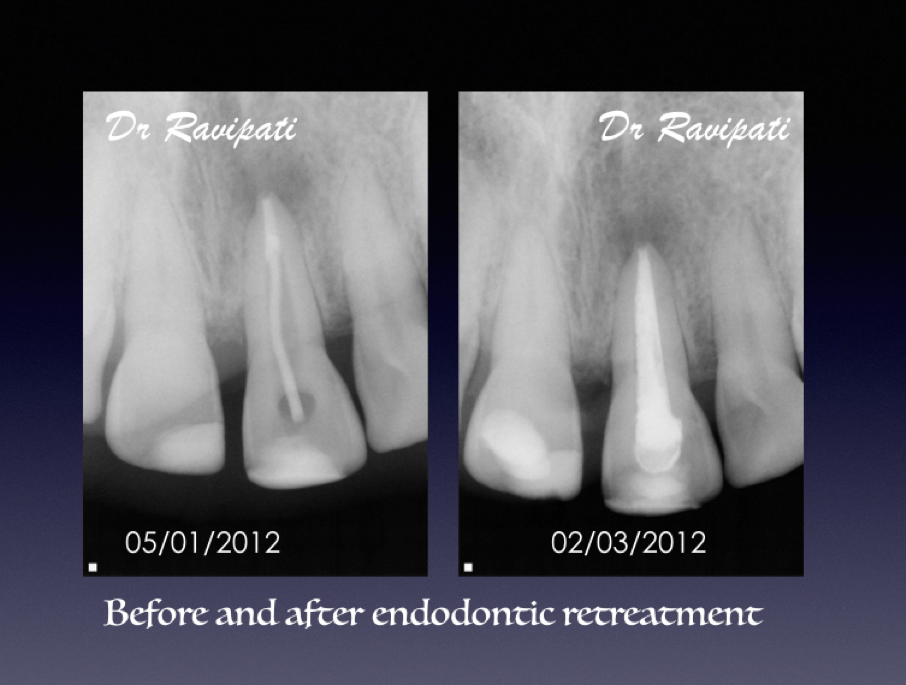 If the infection persists in the bony area after root canal treatment, apicectomy can be carried out to save the tooth under appropriate conditions. During apicectomy, the root end of the tooth will be resected and the tip of the root will be sealed with filling and the surgical area will be sutured. The bone around the root will be healed in a few months.

If the dentist cannot save the tooth or if the patient opts not to have root canal treatment to treat an infected tooth, extraction is one of the option to prevent any spread of infection.

If the tooth can’t be saved and needs an extraction, Implant is the elegant option to replace the missing tooth and it can help for proper biting and chewing.

This website uses cookies to improve your experience while you navigate through the website. Out of these cookies, the cookies that are categorized as necessary are stored on your browser as they are essential for the working of basic functionalities of the website. We also use third-party cookies that help us analyze and understand how you use this website. These cookies will be stored in your browser only with your consent. You also have the option to opt-out of these cookies. But opting out of some of these cookies may have an effect on your browsing experience.
Necessary Always Enabled
Necessary cookies are absolutely essential for the website to function properly. This category only includes cookies that ensures basic functionalities and security features of the website. These cookies do not store any personal information.
Non-necessary
Any cookies that may not be particularly necessary for the website to function and is used specifically to collect user personal data via analytics, ads, other embedded contents are termed as non-necessary cookies. It is mandatory to procure user consent prior to running these cookies on your website.
SAVE & ACCEPT